SYRACUSE, NY (December 29, 2021)  —  BeerBoard, the leader in technology and automated business intelligence for the on-premise retail industry – today announced it has named James Hirmas as the company’s vice president of research and development. 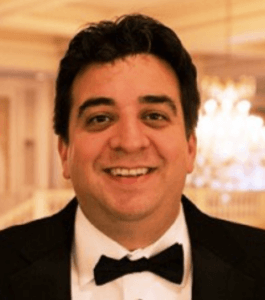 Prior to joining BeerBoard, Hirmas has served as the lead on technology advances for commercial enterprises, including the US federal government. Hirmas co-founded JHC Technology, which assisted large commercial enterprises, non-profits and private-sector organizations to transition datacenter operations, IT strategy and software development to the cloud. JHC Technology was sold to Effectual in 2019, where Hirmas most recently served as a senior vice president.

Hirmas is a veteran of the U.S. Army, serving from 2000-2003 as an Electronic Warfare Signal Intelligence Analyst.

“We are thrilled to welcome James Hirmas to the BeerBoard team,” said BeerBoard Founder and CEO Mark Young. “James brings a strong background in systems and integrators. As we continue to grow our partnerships with retailers, brewers and distributors alike, James will be instrumental in helping us grow our cutting-edge technology within the industry.”

“James Hirmas is an innovator within the technology field and noted for his development of systems which help innovate and disrupt the status quo,” said Sundar Ravindran, BeerBoard’s Chief Technology Officer. “He is an immediate value-add to BeerBoard and his expertise will round out our existing IT core for industry-disrupting deliverables in 2022 and beyond.”

With more than 20 years of experience, Hirmas is a respected leader within the IT field. He helped lead the re-design and implementation of www.recovery.gov, the first Federal public-facing website built on Amazon Web Services (AWS). As vice president of research and development, Hirmas will strengthen BeerBoard’s capabilities within its IT infrastructure and Systems Integrations.

“What immediately attracted me to BeerBoard was the company’s culture and passion for innovation,” Hirmas said. “I am looking forward to this new challenge and helping accelerate BeerBoard’s success.”

BeerBoard is the leading technology and Automated Intelligence company enabling the food & beverage industry to make business decisions about its complete bar business. It manages over $1 billion in bar sales and 55,000 products through its industry-leading solution. The company’s patented digital platform captures, analyzes, and reports real-time data related to bar performance, brand insights and inventory. Built for retailers, brewers and distributors, the versatile platform is easily operated from a single dashboard, and it has streamlined operations and increased top and bottom line revenue all over the United States. Find out more about how BeerBoard is changing the bar industry through data-based business decisions at beerboard.com.